“We have repeatedly said that the [EU’s climate] goals must be set in a way not to harm our industry,” Czech Prime Minister Andrej Babis grumbled recently in the presence of reporters. “It must be done reasonably, not based on ideology.”

Babis’s complaint that the target is “extremely ambitious” is not surprising. While rarely coming up with his own ideas, the populist billionaire seldom misses a chance to claim to Czech voters he’s pushing Brussels for a better deal for their country and its less privileged economy.

The transition to e-mobility is a particular issue. The auto sector is a lynchpin for the Czech economy, accounting for 26% of all industrial output and more than 9% of GDP.

Not only does the EU’s Fit 55 plan demand a huge shift for a key industry, but it cuts to the very heart of the Czech economic model adopted when communism fell. Based on cheap labor it has long been exploited by foreign investors, and remains in play today in many sectors, including autos.

Although the challenge is huge, in the face of the existential threat posed by the transition there’s no choice but to institute revolutionary change, industry figures insist.

It’s not the carmakers themselves at risk. These giant, well-resourced companies have long been preparing. Studies predict that the effect on employment at the original equipment manufacturers (OEMs) as they’re known will be moderate.

Czechia hosts factories for three: Skoda, Hyundai and Toyota-Peugeot-Citroen (TPCA). All of them have launched at least some EV production.

At the same time, even at these plants ambition still lags a little. Skoda hopes for over 50% of European sales to be full-electric models by 2030. Its parent, Germany’s Volkswagen, is aiming for over 70%.

Still, having a domestic marque offers extra security for the Czech industry compared with some regional rivals. Skoda says it’s working to develop its home country into “an electromobility hub” and plans to make all three of its Czech plants EV production centers over the next decade.

Yet few know the details of the carmakers’ strategies. “The OEM’s plans are top secret,” Vojtech Severyn at the Association of the Czech Automotive Industry told DW.

The major suppliers are among the few that are in the loop. The Czech operation of Vitesco Technologies, the drivetrain subsidiary of German giant Continental, says that thanks to this its strategy is now “fully focused on electrified mobility” and it’s more than ready for the transition.

“[The OEMs] are transparent with their strategy and we are working closely with them to meet their demands,” spokesman Lubomir Tucek told DW.

But the situation is not so clear across the board. Many major suppliers are owned by foreign investors, meaning these strategic decisions are being made abroad.

“The Czech-based subsidiaries are now trying to persuade their international HQs that they can handle EV projects,” said Karolina Konicarova at state investment agency Czech Invest.

Further down the supply chain, some smaller suppliers face even more basic challenges.

“The transition is not existential for the OEMs or tier-1 suppliers,” said Severyn, “but it’s a big issue for smaller companies. They have no choice. They must invest and make big changes.”

Yet it can be hard to make those changes when the old ways are still working. For the meantime, it’s estimated that just 10% of the cars rolling off Czech production lines are EVs.

“The issue is that the likely impact is slow progress, but then suddenly becoming a cliff,” warned Petr Knap, lead partner for the automotive sector at consultancy EY.

Companies that haven’t moved past the old economic model based on cheap labor performing basic tasks are particularly at risk he says.

“For some, labor arbitrage is still their main advantage. You have to worry about these groups,” said Knap. “They will need to shift east or undergo brutal automation. The denial stage is over.”

At the same time, the bulk of the Czech sector was better set for diversification, he suggested. “With courageous leadership they can adjust, although investment capital is a challenge for many.” 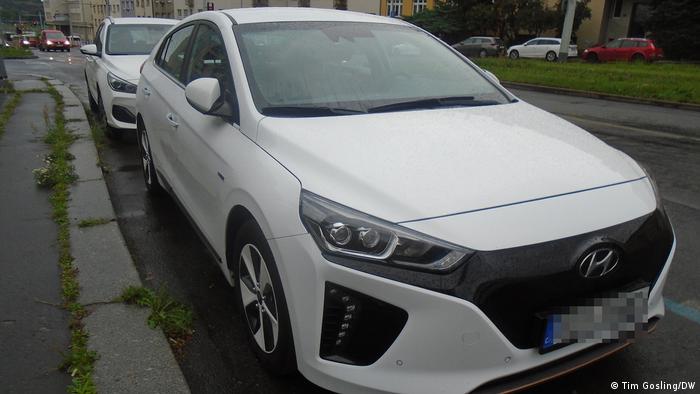 The challenge of the transition should be seen as an opportunity as well as a potential crisis, insist several industry voices. Upgrading the Czech sector should lead to a greater share of research and development and other high-added value services, and help modernize the economic model as a whole.

“We’re at the start of the race,” said Severyn. “The EV market is still in its infancy so we can still take some chances. Many countries are still dealing with the pandemic, so it’s all up for grabs.”

For that to happen, the government needs to get on board, but despite Babis’s apparent concern over the EU deadline, the industry is frustrated with what it’s seen so far.

“We need concrete government action,” Knap demanded. “The industry has been telling them over the past two years that the train has left the station. They’ve started to respond a little but we still don’t have whole-hearted support.”

The government’s main program is Transportation 2020+. It will put €50 million ($59 million) into supporting innovation in sustainable transport by 2026, with cooperation between companies and Czechia’s strong technical academic sector seen as key.

Further than that, significant direct financial support is lacking. Industry figures also rue that there’s little effort being made to encourage a skeptical public to start buying EVs, with support for purchases and charging infrastructure limited.

That leaves an industry keenly in need of knowledge, technology and investment largely reliant on the EU. Under Brussels’s auspices, Czechia has committed to spend close to €1.2 billion on sustainable transport and clean mobility.

Hopes are also being raised by a government plan to build a €2 billion gigafactory to produce batteries. The project is intended to exploit the fact that the country holds large lithium reserves, and is reportedly under discussion with Volkswagen.

Industry figures hail the plan for finally sending a “strong signal” that Czechia is keen to play a significant role in the transition. But they warn it will flop unless the government ensures an ecosystem of suppliers and R&D grows up around it.