Jackson Hole: Is a U-turn in monetary policy coming? | Business | Economy and finance news from a German perspective | DW

The small community of Jackson Hole in the Rocky Mountains has become famous for being home to the world’s most important meeting of central bankers once a year. For the second time in a row, though, the US Federal Reserve (Fed) is welcoming bankers only virtually for an online conference due to coronavirus-caused restrictions. The gathering kicks off Thursday and ends on Sunday.

Participants aren’t expecting any huge surprises, but they are bound to listen attentively to Fed chief Jerome Powell’s speech on Friday anyway. Will he provide any hint as to whether the Federal Reserve is contemplating any tapering, that is a reduction of its bond-buying activities? Or will he even point to a possible U-turn in the bank’s interest rate policy?

Commerzbank Chief Economist Jörg Krämer doesn’t think so. “Why should things take a turn now,” he told DW, pointing to the latest US jobs report which he said hadn’t provided any new insights. Unlike the European Central Bank (ECB), the Fed’s mission is not only to safeguard the national currency, but to also keep employment high.

At the moment, the Federal Reserve buys state and mortgage bonds to the tune of $120 billion (€102 billion) every month. This is meant to crank up the economy in combination with the near-zero benchmark interest rate of 0-0.25%. US bankers argue that the inflation target has already been met.

As a matter of fact, consumer prices rose in the US by 5.4% in July, mainly due to a pickup in energy and food prices.

Inflation should ideally hover around 2%, but a temporary spike beyond that target is not alarming, according to monetary experts on both sides of the Atlantic. Volker Wieland, a professor of monetary economy at Goethe University Frankfurt, expressed a warning, though.

“What has kept inflation below the target in the past few years has been low import prices,” he said. “We had a weak development there, but this can change in the future,” Wieland warned, adding that global supply chain bottlenecks and higher goods transport costs were already impacting imports.

When former Fed chief Ben Bernanke hinted at a reduction in asset purchases in 2013, interest rates rose markedly and caused the value of bonds to go down considerably.

Emerging economies were among the most affected nations back then. Right now, though, US President Joe Biden’s investment program sees the world’s leading economy booming and financial markets look better prepared for any change in monetary policies. 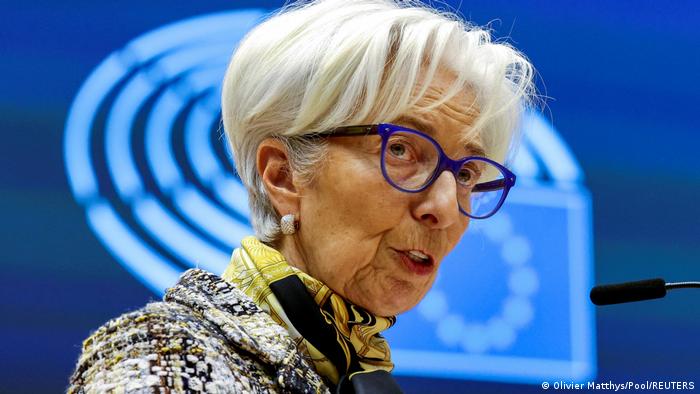 The Fed doesn’t want to cause another market shock like the one back in 2013, according to ING Germany Chief Economist Carsten Brzeski. He said extensive bond-buying and loose monetary policy had fueled the real estate market, meaning the Federal Reserve would have to be cautious about deviating from its path.

“If the US central bank is too fast in raising interest rates, the real estate market might collapse, and that’s the last thing the Fed wants,” Brzeski commented.

Observers expect a timetable for a change in monetary policies to be announced shortly after the meeting of the Federal Open Market Committee (FOMC) on September 21-22. It could be based on the data of yet another US employment report, according to Commerzbank’s Krämer.

Commerzbank expects asset purchases to be reduced in the course of the 4th quarter. The European Central Bank looks unlikely to follow suit immediately. ECB President Christine Lagarde has repeatedly said the lender would need to keep supporting the eurozone economies for some time to come.

This article has been adapted from German.