A Nigerian High Court in Abuja has dismissed a suit filed by professional photographer Mrs. Busola Dakolo against Pastor Biodun Fatoyinbo over an alleged rape in 2002.

Presiding judge, Justice Oathman A. Musa on Thursday ruled that Dakolo’s case against the Senior Pastor of the Commonwealth of Zion Assembly (Coza) was aimed more at cruelty than obtaining justice as the case was purely sentimental.

The court further ordered Dakolo to pay N1,000,000 ($2,770) for wasting the court’s time, adding the sum could have been higher since her suit was an abuse of the judicial process.

Busola Dakolo who is also wife of musician, Timi Dakolo months ago accused pastor Fatoyinbo of rape, adding that the alleged action of the pastor, as well as his denial in a statement adversely, affected her marital sex life. She wanted publications in print and electronic media from the pastor denoting his repentance.

Fatoyinbo’s lawyer, Alex Iziyon (SAN), however, argued that the prayer could not be granted, describing it as a frivolous suit.

The Nigeria Police Force has noted the probe into the allegation of rape against Fatoyinbo was slow because of the time factor spanning some 17 years.

According to Dakolo, Fatoyinbo allegedly raped her twice, first at her family home and then on the bonnet of his car while she was a teenager.

Nigerians were largely miffed by the allegation, especially when a pastor who ought to know better was the supposed culprit. Fatoyinbo who leads his 16,000 strong member church denied the allegation.

Coza filed a counter-case against Dakolo and her husband alleging criminal conspiracy, falsehood, mischief and threat to life. The explosive nature of the rape allegation and the divided stance of the Nigerian public eventually led to Pastor Fatoyinbo taking time off the pulpit.

While Dakolo is viewed by some as being bold and a brave survivor for taking on someone as popular and powerful as Fatoyinbo, others are not sold on her claims asking why she waited for nearly two decades before coming out.

After the court’s ruling, Dakolo stated she will not be silenced, noting the court had not tackled the main issue of rape.

“The substance of the suit which is my allegations of sexual abuse leading to emotional distress on my person against Mr. Biodun Fatoyinbo has neither been entertained by the court nor ruled upon. I believe that the effect of the injurious claim is a continuous one that transcends time and place. This has only made me wonder more what a country we have? I was particularly surprised at the hearing of the case when the court said the file was missing and later when the court said my own processes cannot be found and finally the case is out of time.

This only shows that we have a lot to address to bring sanity to our country. Today, I am glad that my voice is not silenced and this is a victory for me. I must encourage every woman out there to keep the pace and never stop voicing out against the evil of rape and sexual abuse.

Do not be dispirited by today’s court decision. No judgment has been made declaring the innocence of Mr. Biodun Fatoyinbo. It must be stated that while our experience have a shared theme, the circumstances are different. We must not give up on our victory lies more in finding our voice than anything else.

I thank my dear husband for his continuous support, friends, our legal team and all who have been standing with us on this as I assure you all I am very fine. Thank you,” she wrote on Instagram. 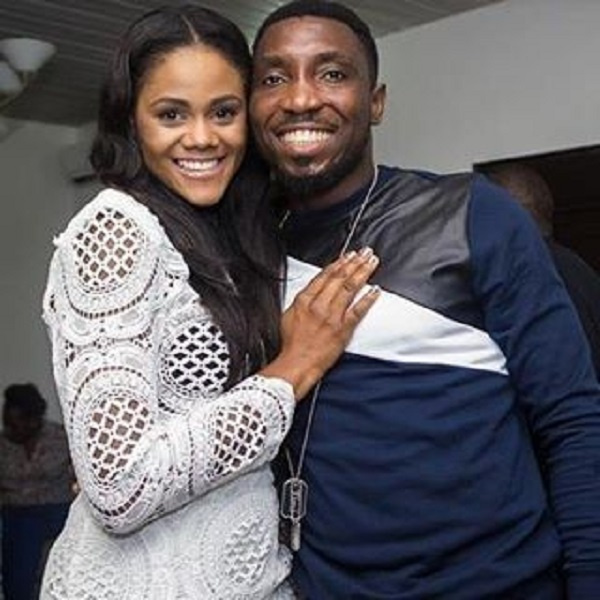 Busola with husband Timi via newscastars.com

Meanwhile, Dakolo and her lawyer are looking at heading to the appeals court. Her lawyer, Pelumi Olajengbesi reacted to the court verdict via a statement.

“The court ruled that the matter is statute-barred because the events that crystallised to the cause of action took place 16 years ago and that the claimant Mrs. Busola Dakolo has only six years within which to seek redress in court in line with the statute of limitation. We are mindful of the decision as delivered by the court, presided over by the Hon. Justice A.O Musa. We are equally observant of the fact that the Court omitted to address the cause of action, the subject matter of the suit in determining whether it has jurisdiction to entertain the said matter.

“While we acknowledge the time of the court, we know in accordance with the Nigerian judicial system that the Court’s decision is not final as it is glaringly contestable.

“For all intent and purposes, having seen several sponsored misleading news reports in the media, we are duty-bound to state that the court has not and did not exonerate Biodun Fatoyinbo. As it stands, the substance of the matter has not received any judicial attention.

“Biodun Fatoyinbo through his lawyers have only argued that the court should not allow the matter to proceed to trial because it is an event that occurred long ago and hence out of time.

“We shall therefore in this circumstance approach a superior court to intervene for a better appreciation, and take a more expansive view of the suit considering that the subject matter is one that is novel in our clime.”

It remains to be seen how far this contentious case will travel and who will prevail at the end.