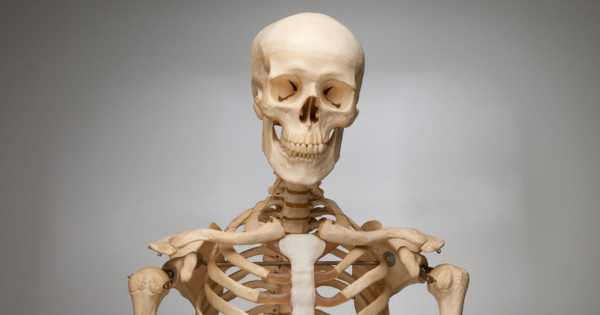 Your bones support your entire body. Isn’t it time to find natural alternatives to strengthen them?

Bones are literally the structure of your body. As you age, bone loss happens. But there are eight natural osteoprotectives — including puerarin, boswellia, citrus naringin, resveratrol, certain vitamins and whole foods like dried plums — that could help prevent the deterioration of your bones. When bones lose their density, this can lead to osteoporosis — a painful and debilitating condition.

Puerarin, an isoflavone from the kudzu plant, has osteoprotective properties. Ovariectomy-induced mice are often used for researching treatments for postmenopausal osteoporosis. In a systematic review of eight such animal studies with 203 subjects, puerarin significantly improved bone mass.

In an osteoporosis model of overiectomized rats, the anti-osteoporosis effects of puerarin were related to improvements in gut microbiota via regulating short chain fatty acid levels and repairing the intestinal mucosal integrity.

A high dose of puerarin and zinc together in an ovariectomized rat model worked better than either alone — reversing some bone loss and suppressing the adiposity of bone marrow, a marker of osteoporosis.

In another study of diabetes-induced rats, those given a puerarin injection of 100 milligrams (mg) per kilogram of body weight per day for six weeks had higher bone mineral density, improved osteoblast numbers, new bone formation and reduced caspase-3 expression — a marker for diabetic osteoporosis — compared to the control group.

Many in vitro and animal model studies confirm the significant influence of vitamin C (ascorbic acid) on the skeletal system, and those who have a severe vitamin C deficiency would benefit from supplementation.

However, if you do not have such a deficiency, it is better to get your vitamin C by eating five servings of vegetables and fruits a day, rather than through vitamin supplementation, which remains controversial. In fact, some reviewers found vitamin C supplementation could actually increase your risk of fractures.

Greater dietary vitamin C intake —  fruits and vegetables and — was associated with a 33% lower risk of osteoporosis and a lower risk of hip fractures, as well as higher bone mineral density in a meta-analysis study. Similarly, in a study of 73 healthy people, those who added more plant foods to their diet increased their bone mineral density and had higher vitamin D levels.

In a meta-analysis of six articles with 225,062 people, those who added at least one serving of fruits and vegetables per day to their diet decreased their bone fracture risk.

In a study of 100 postmenopausal women, 47% of the group was deficient in vitamin D and 31% had insufficient levels. Hip osteoporosis was 31.9% in the vitamin D deficient group compared to 18.2% in those with sufficient vitamin D levels. Vitamin D insufficiency is a risk factor for osteoporosis associated with increased bone remodeling and low bone mass.

If bone resorption is higher than bone building, there are overall bone deficits.

Vitamin K2 plays a significant role in the prevention and treatment of osteoporosis because it regulates bone remodeling. When the balance between bone resorption and bone formation shifts to a net bone loss, both men and women can develop osteoporosis.

In a human vitro cell study, vitamin K2 promoted the osteogenic differentiation of mesenchymal stem cells by inhibiting miR-133a expression — an impactor of genes in muscle and skeletal development. In a human studies review of vitamin K2 , the commonly used dosage was 45 mg per day and highly benefitted bone health by regulating bone growth and bone loss mechanisms, particularly in osteoporotic postmenopausal women.

Osteoarthritis is a joint disease involving articular cartilage degeneration causing patients pain, joint stiffness, physical disability and significantly reducing quality of life. Forty-nine patients who took a boswellia- and bromelain-based supplement for a period between one and six months found it significantly improved quality of life and various osteoarthritis symptoms.

Based on a meta-analysis of seven trials including 545 osteoarthritis patients, boswellia effectively and safely ameliorated pain, stiffness and joint function with ideal treatment for four or more weeks. Boswellia — also called frankincense — has been found to play a significant role in eliminating inflammation and joint destruction in knee osteoarthritis, with no serious side effects.

The boswellic acids found in gum resin extract were strong anti-inflammatory agents and protectors of cartilage cells in a human in vitro study and improved pain and weight-bearing ability in osteoarthritis-induced rats, which received the supplement for 28 days.

In an osteoarthritis-induced rat model, boswellia was orally administered once per day for three weeks and inhibited increases in osteoarthritis symptoms, synovial fluid cytokines, cartilage damage and expression levels of pro-inflammatory mediators/cytokines in the cartilage.

Supplementation with naringin and rabbit bone marrow mesenchymal stem cells together was more efficient in repairing cartilage defects in rabbit knees than the use of either treatment alone. Citrus naringin activates and continuously regulates the growth factor beta, or TGF-β, signaling pathway, which encourages these stem cells to differentiate into chondrocytes, giving function and structure to cartilage.

A comprehensive systematic review and meta-analysis of eight studies with 264 subjects showed improvements in two bone biomarkers after resvaratrol supplementation over placebo treatment.

Compound medicine of both transhinone  and resveratrol showed the most improvement on peak bone mass compared to placebo or each alone in 40 growing rats. In a bovine cartilage model, supplementation with both resveratrol and curcumin  together effectively decelerated age-related and diabetes-induced osteoporosis.

Using natural supplements such as pueraria, boswellia, certain vitamins and resveratrol or adding fruits and vegetables to your diet can help protect your bone health.

Disclaimer: This article is for informational purpose and not intended to diagnose, treat or cure any disease. Opinion here may not necessarily reflect that of platform.