It’s one prick that can save lives. At least that was the promise that made the founder of the US medical company Theranos, Elizabeth Holmes, look like a prodigy. It was that same promise that made her downfall all the more dramatic.

Just a few drops of blood could be enough to determine hormone and viral loads, discover anomalies and even detect life-threatening diseases with the help of a specially developed instrument. The problem was, the device — with the promising name Edison — never actually worked.

Still for more than 12 years, Holmes successfully tricked companies, money managers and billionaires into believing that Edison was so efficient and inexpensive that the company would not only make blood testing easier, but also replace time-consuming and expensive laboratory tests forever.

The American drugstore chain Walgreens even offered the testing service in 40 of its stores in Arizona and California. It is thought that hundreds of thousands of customers received inaccurate and sometimes dangerously incorrect blood results.

Bring light into the dark

The fact that the scam was exposed is mainly attributable to John Carreyrou, an investigative journalist at the Wall Street Journal. About six years ago, he received a call from a former employee who told him what was going on at the company. His research, interviews and publications went a long way toward unmasking Holmes.

In 2018, she was indicted by the Department of Justice. Federal prosecutors accuse the 37-year old of defrauding investors, doctors and patients. Now she is to stand trial on 12 counts of fraud and conspiracy to commit wire fraud. She has plead not guilty. 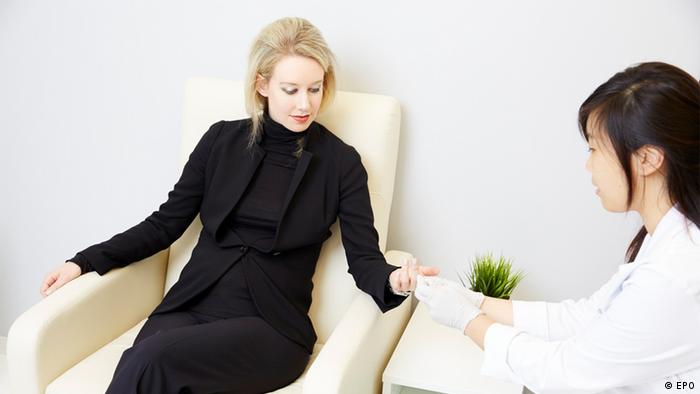 The trial is now getting underway with the selection of jurors. The company’s former president, Ramesh Balwani, who was also her boyfriend for a while, will also soon be sitting in the dock. If the court finds either guilty, they face up to 20 years in jail and fines of more than $2 million (€1.69 million) each.

A central question in the case will be whether the entrepreneurs acted deliberately in order to steal investors’ money under false pretense. One focus will be on their luxurious lifestyles, which presumably made both of them increasingly greedy. The prosecutors are therefore calling for specific and sometimes intimate details from Holmes’ life to be disclosed. Above all, traveling in private jets, expensive shopping tours and regular stays in luxury hotels.

Getting in the black

Holmes knew how to cast a spell over investors. On stages, at lectures or meetings, she deliberately changed her voice to sound deeper and more serious. Her appearances almost always mirrored those of her role model, Apple founder Steve Jobs, who also influenced her choice of clothing. Her closet was full of black clothes and turtlenecks, which would make it easier for her to choose what to wear in the morning and not waste unnecessary energy.

She was particularly able to wrap influential and wealthy men around her finger. The Theranos supervisory board included statesmen such as ex-Secretary of State George Shultz, former Defense Secretary James Mattis and even Henry Kissinger. The investors, in turn, included prominent names like media mogul Rupert Murdoch, Silicon Valley investor Tim Draper and the Walton family, founders of Walmart.

Blinded by the vision and without much scrutiny of the books, they invested more than $700 million in the medical startup. At the height of its success in 2014, Theranos was valued at a whopping $9 billion. A year later, Time magazine named Holmes one of the 100 Most Influential People in the world. She was regularly featured on the covers of popular business magazines. 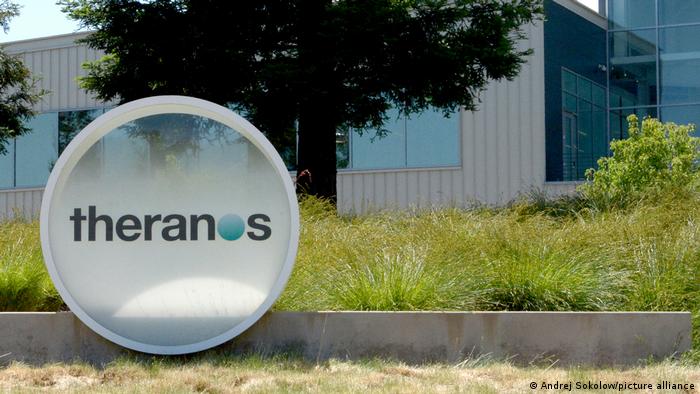 From shooting star to bankruptcy. At its peak Theranos was valued at $9 billion

What many did not see — or did not want to see — became apparent to critics like journalist John Carreyrou. For example, the Edison device was extremely simple. In reality, the machine consisted of a robotic arm and countless pipettes that were lined up inside the crate-sized machine. Carrying out more than 200 different blood tests in such a machine was simply impossible, which is why Theranos secretly used competitors’ machines. But Holmes never let on to the switch.

She always said that she was on to something very big and therefore didn’t want to reveal details. When asked about the basic design though, she showed how little she actually knew about the technology.

“It sounded like the words of a high school chemistry student as opposed to a sophisticated laboratory scientist who’d really invented new science,” Carreyrou wrote in his book Bad Blood: Secrets and Lies in a Silicon Valley Startup, in which he deals with the case.

Holmes, on the other hand, has been unapologetic. With the help of some of the best lawyers in the country, she put legal pressure on all those who wanted to testify against her or bring her company into disrepute. She labeled many as envious while she apparently continued to believe in her vision.

“This is what happens when you work to change things. First, they think you’re crazy, then they fight you, then all of a sudden you change the world,” she said on CNBC in 2018.

A new baby on board

Holmes is expected to rely on confrontational tactics in court. In the past few days, the number of potential jurors has been reduced after her lawyers complained that the majority of them were biased.

“Thirty to 40 of the jurors have consumed substantial, and I mean lengthy extrajudicial material, about the case and about the defendant,” attorney Kevin Downey told the judge. It is already becoming apparent that it will be a lengthy trial. 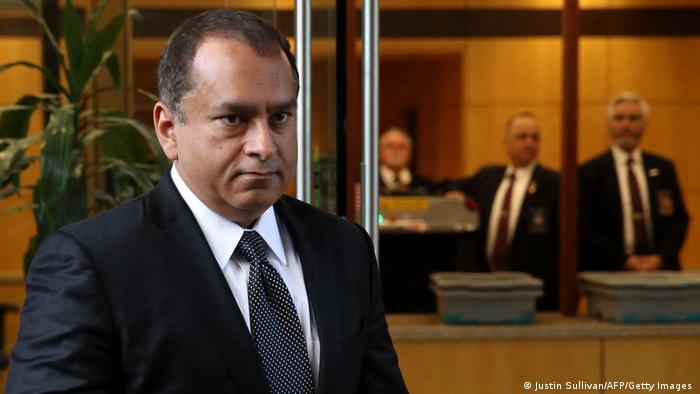 Former COO Ramesh Balwani will also soon be on trial

Holmes herself is going on the offensive. On the weekend, news came out that she will say she was the victim of a decade-long abusive relationship with former COO Ramesh Balwani. According to documents, she plans to have an expert testify about the psychological, emotional and sexual abuse that she went through. It was Balwani, according to Holmes, who first controlled her and then manipulated her.

It is questionable, however, if this tactic will work. Holmes has already had to answer for her actions several times and has taken some of the blame. In order to avoid a lawsuit in 2018, she agreed on a settlement with the US Securities and Exchange Commission, which said she “made numerous false and misleading statements in investor presentations, product demonstrations, and media articles” about their key product. Holmes then paid $500,000 and agreed not to run a public company in the next 10 years.

What could benefit her most is the fact that a few weeks ago she gave birth to her first child. Planned or unplanned, many consider it a smart move. “Being a new mother can only help get her sympathy from jurors,” said legal analyst Danny Cevallos on NBC News. “If convicted, even if her sentencing guidelines call for incarceration, her attorneys will place her motherhood front and central before the judge.”