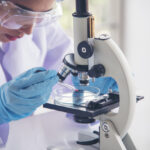 Can modified citrus pectin affect the growth of cancer cells? And, if so (in a positive way), why isn’t this front page news?!  Let’s take a closer look.

For example, prostate cancer is currently the most common non-skin cancer among men in the United States, with over 260,000 men diagnosed with this disease per year.  And, although prostate cancer carries a good prognosis (if caught in time), the odds of survival tumble to a grim one in three once the cancer has spread.

But, now, encouraging findings show that modified citrus pectin (MCP), can inhibit the growth of aggressive breast cancer cells and prostate cancer – impressing researchers and inspiring calls for further study. Honestly, we don’t expect the mainstream media to pick up this story – but, this news should not be ignored!

Research has shown that a protein known as galectin-3 facilitates the growth of cancer.  Although galectin-3 is needed in the body for tissue growth and repair, it can also be a “two-edged sword” that causes inflammation and encourages cancer to spread.

Specifically, the galectin-3 molecule allows cancer cells to bind together – and to adhere to the lining of blood vessels and other healthy tissue. Galectin-3 also promotes angiogenesis – the formation and development of new blood vessels that provide tumors with essential nutrients and oxygen – and helps cancer cells avoid apoptosis, or programmed cell death.

This is where modified citrus pectin, a water-soluble polysaccharide fiber, comes to the rescue.

Although scientists have long known that citrus pectin has powerful beneficial effects, the substance isn’t readily absorbed into the bloodstream – a drawback that limits its usefulness. MCP is simply citrus pectin that has been modified to make it more easily available to the body.

MCP contains sugar molecules known as galactosides, which bind to galectin-3 and help to disable it – combating its cancer-promoting effects at every step of the way.

According to researchers, MCP has the potential to help treat cancers in which galectin-3 plays a role – including leukemia and cancers of the breast, colon, skin and lung.

Now, it’s time to EXPOSE what the studies reveal

A study published in Journal of the National Cancer Institute showed that MCP suppressed the growth of laboratory-induced tumors.

Animals that had been treated with MCP were injected with human breast cancer cells – and the results were encouraging. The tumors from the MCP-treated animals had one-third the amount of blood vessels per unit area – as compared to the tumors of the animals in the control group.

And, cell studies showed that MCP inhibited the binding of galectin-3 to human endothelial cells, while also suppressing the growth of capillary tubes. By the way, the studies weren’t limited to animals and cell cultures.

Two different clinical studies showed that MCP slowed the doubling time of prostate-specific antigen, or PSA – demonstrating that the fiber could interfere with the spread of prostate cancer.  The men were treated with 15 grams per day of a MCP formulation known as Pecta-Sol. Not only did amounts of PSA double more slowly, but in some cases PSA levels – a measurement of cancer progression – actually dropped.

Bottom line: this data suggests that the MCP was reversing cancer by actively killing cancer cells!

In a study published in BMC Complementary and Alternative Medicine, researchers found that MCP “very significantly” promoted and enhanced the activity of T-cytotoxic cells and natural killer cells against human leukemia cells.

The team commented on the “remarkable” increase in the immune cells’ power. In fact, the MCP increased the activation of the NK-cells by a stunning ten times – along with causing a 53.6 percent increase in the NK-cells’ ability to identify and destroy malignant cells.

Researchers lauded MCP as a powerful immune enhancing agent that could selectively increase cytotoxic immune activity against cancer and infections. Study lead Dr. Steve Melnick reported that the immune-stimulating effect of MCP was much greater than other substances studied – including medicinal mushrooms.

MCP targets cancer in yet another way – by binding to and helping to eliminate toxic heavy metals such as arsenic, lead, mercury and cadmium.

In one study, participants took 15 grams of PectaSol for five days, followed by 20 grams on the sixth day. Urinary levels of arsenic, mercury, lead and cadmium rose significantly, showing that the toxins were being eliminated from the body.

The World Health Organization’s International Agency for Research on Cancer classifies cadmium as a known human carcinogen that has been linked to cancers of the lung, prostate and genitourinary system. And mercury, lead and arsenic increase oxidative stress and stimulate the production of pro-inflammatory substances – which tends to promote cancer growth, as well.

MCP’s ability to rid the body of these dangerous heavy metals – while causing no adverse effects – is yet another anticancer “feather in the cap” of this protective nutrient.

Disclaimer: This article is for informational purpose and not intended as a treatment or cure of any disease and may not necessarily reflect opinion of this site.